Vast numbers of entrepreneurs started their businesses under the programs of the franchisor.  Brands and concepts from Franchise Market are pouring the nation’s cravings for bringing back the health and strongholds of entrepreneurs and building the numbers of employment across the cities and provinces in the Philippines. 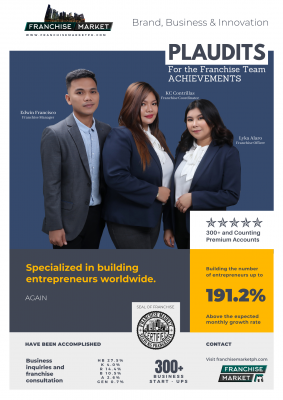